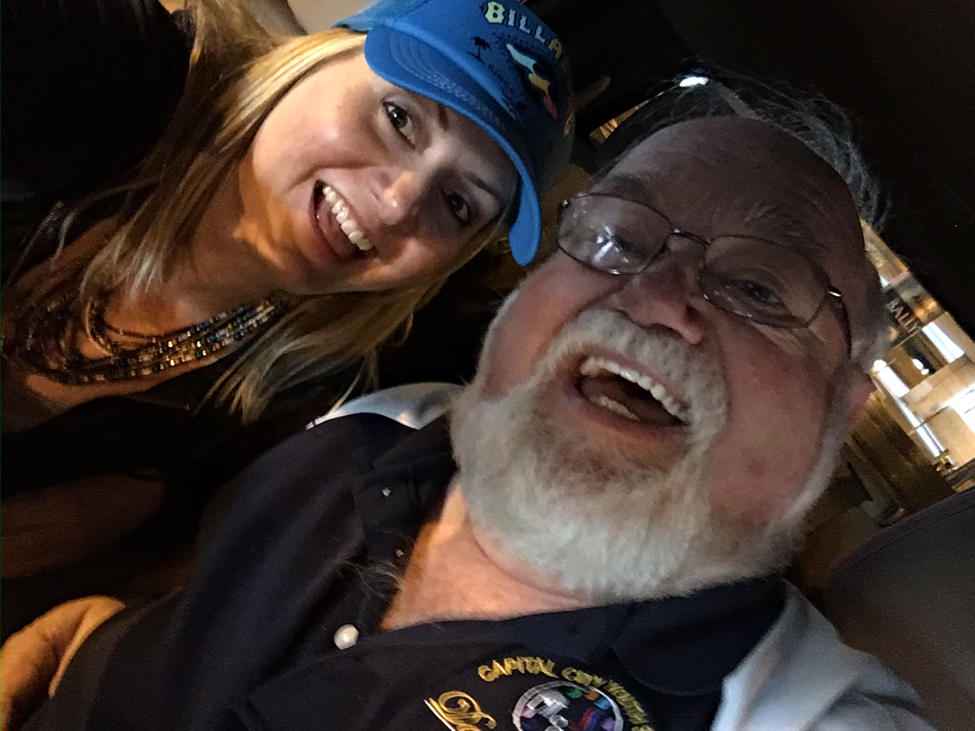 This was my first time attending WPPI since I started in this industry 18 years ago. A few friends in the industry insisted I come check it out and I’m glad I did. I spent most of my time walking the expo floor and talking to vendors. I hung out with the team at Snapshots (https://www.snapshots.com/). They have a very unique and innovative product that targets wedding, portrait and event photographers. Snapshots allows photographers to share, store, sell, proof and showcase their work in a simple, clean intuitive platform. 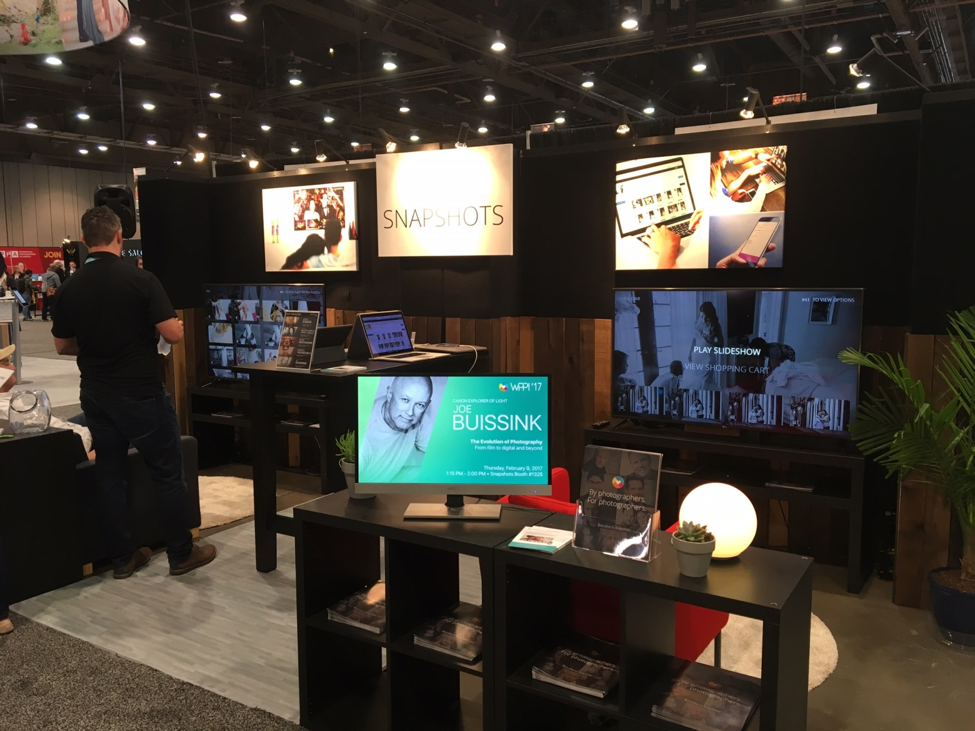 Kodak Alaris is working hard at getting KC2 off the ground. Their software is a complete solution for photographers… from selling their sessions online, visual marketing within products, collecting and organizing photographs and also a direct ordering software straight to the lab.

The conversation at WPPI gave me a lot of hope for the future of our industry—software. Not just lab submission software, or selling photographs online… but the intelligent aspects of what’s on the horizon is mind-blowing. It just makes sense that our industry will mature and head into this direction… it already is.

Here’s a great article which was emailed to me, unfortunately I do not know the source. If anyone does, feel free to chime in…

In 1998, Kodak had 170,000 employees and sold 85% of all photo paper worldwide.  Within just a few years, their business model disappeared and they were bankrupt.  What happened to Kodak will happen in a lot of industries in the next 10 years – and most people won’t see it coming.  Did you think in 1998, that 3 years later you would never take pictures on film again?

Yet, digital cameras were invented in 1975.  The first ones only had 10,000 pixels, but followed Moore’s law.  So, as with all exponential technologies, it was initially a disappointment, before it became superior and went mainstream in only a few short years.  It will now happen with Artificial Intelligence, health, autonomous and electric cars, education, 3D printing, agriculture and jobs.  Welcome to the 4th Industrial Revolution.  Welcome to the Exponential Age.

Software will disrupt most traditional industries in the next 5-10 years.

Uber is just a software tool, they don’t own any cars, and are now the biggest taxi company in the world.

Airbnb is now the biggest hotel company in the world, although they don’t own any properties.

In the US, young lawyers already can’t find jobs. Because of IBM Watson, you can get legal advice within seconds (so far for more or less basic stuff), with 90% accuracy compared with 70% accuracy when done by humans.  There will be 90% fewer lawyers in the future, only specialists will remain.

Watson already helps nurses diagnose cancer, four times more accurate than humans. Facebook now has a pattern recognition software that can recognize faces better than humans.  In 2030, computers will become more intelligent than humans.  Computer controlled robots already can perform operations with, say, the surgeon in the US and the patient in Australia.

Autonomous cars:  In 2018, the first self driving cars will appear for the public.  Around 2020, the entire auto industry will be disrupted.  Most won’t want to own a car. You will call a car with your phone, it will show up at your location and drive you to your destination.  You will not need to park it.  You only pay for the driven distance and can be productive while travelling.  Most kids will never get a driver’s license and will never own a car.

It will change the cities, because we will need 90-95% fewer cars.  We will transform former parking spaces into parks.  1.2 million people die each year in car accidents worldwide.  We now have one accident every 60,000 mi (100,000 km), with autonomous driving that will drop to one accident in 6 million miles (10 million km), saving a million lives each year.

Many auto engineers are terrified of Tesla and the advancements that traditional car companies are not grasping.

Insurance companies will have massive problems because without accidents, insurance will become 100x cheaper or unnecessary. The car insurance business model will disappear.

Real estate will change. Because you can work while you commute, if you even need to commute.  People will move further away to live in a more beautiful neighborhood…. or country.

Electric cars will become the mainstream vehicle about 2025.  Cities will be less noisy because all new cars will run on electricity. Electricity will become incredibly cheap and clean:  Solar production has been on an exponential curve for 30 years, but you can now see the burgeoning impact.

Last year, more solar energy was installed worldwide than fossil. Energy companies are desperately trying to limit access to the grid to prevent competition from home solar installations, but that won’t last.  Technology will takeover of that strategy.

With cheap electricity comes cheap and abundant water.Desalination of salt water now only needs 2kWh per cubic meter (@ 0.25 cents). We don’t have scarce water in most places, we only have scarce drinking water.  That will change.

Health: The Tricorder X price will be announced this year.  Companies are partnering to build a medical device (called the “Tricorder” named from Star Trek) that works with your phone, takes your retina scan, your blood sample and you breathe into it for health analyses.  It is designed to analyze 54 biomarkers that will identify most diseases.  It will be cheap, so in a few years everyone on this planet will have access to world class medical analysis, nearly for free.  Goodbye, traditional medical establishment.

3D printing: The price of the cheapest 3D printer came down from $18,000 to $400 within the last 10 years.  In the same time, it became 100 times faster and technologically better.   Major shoe companies have already started 3D printing shoes.  Libraries are installing 3D scanners in an effort to reinvent themselves.

Airplane parts are already 3D printed by some manufacturers.  The space station now has a printer that eliminates the need for the large amount of spare parts they used to have in the past.

Very soon, new smart phones will have 3D scanning possibilities. You can then 3D scan what you need and print it at home.  Brick and mortar retailers will continue their long painful slide down.

In China, they have already 3D printed and built a complete 6-story office building.  A complete car was recently 3D printed.  By 2027, 10% of everything that’s being produced will be 3D printed.

If it doesn’t work with your phone, forget the idea.  And any idea designed for success in the 20th century is doomed to failure in the 21st century.

Work: 50% of jobs will disappear in the next 20 years. There will be new jobs, but it is not clear if there will be enough new jobs in such a small time.

Agriculture: There will be an affordable agricultural robot in the near future.  Farmers will be managers of their fields, instead of working all day in their fields.

Aeroponics will need much less water. The first Petri dish produced veal, is now available and will be cheaper than cow produced veal in a few years.  Right now, 30% of all agricultural surfaces is used for cows.  Imagine not needing that space or resources anymore.  There are several startups who will bring insect protein to the market shortly.  It contains more protein than meat. It will be labeled as an “alternative protein source” (because most people still reject the idea of eating insects).

There is currently an app called “moodies” which can already tell which mood you’re in.  By 2022, there will be apps that can tell by your facial expressions, if you are lying (what will this do to poker games?).  Imagine a political debate where it’s being displayed when they’re telling the truth and when they’re not.

Longevity:  Right now, the average life span increases by 3 months per year. Four years ago, the life span used to be 79 years, now it’s 80 years. The increase itself is increasing and by 2036, there will be more than a one year increase.

Lisa is a wife to Rob, and mother of 2 daughters – Carly, 7 & Caitlyn 5. She enjoys live music, kitchen dance parties, martial arts, cooking, singing and playing guitar. She is also a diehard Jacksonville Jaguars fan and just recently gave up her season tickets for annual Disney World passes. Lisa Mallis’ passion for the photographic industry began 18 years ago as a graphic designer at a small service bureau. She’s worked alongside of high volume photographers establishing new sales plans and workflow improvements. Lisa has helped many photographers turn their unique vision into reality by creating marketing materials, web sites, social marketing plans, products and by simply bringing new ideas to life. Lisa’s strength lies in her amazing network of professional photographers & vendors. Her goal is to inspire and motivate photographers to achieve their goals through branding, networking and sales training.